← back to
Hyperdub
Get fresh music recommendations delivered to your inbox every Friday.
We've updated our Terms of Use. You can review the changes here. 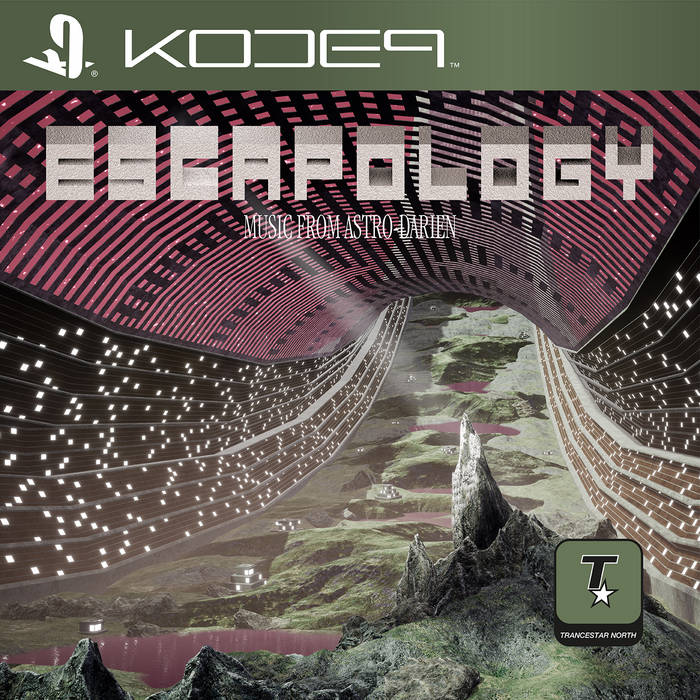 sbstrd aka the Bandcamp Bandit~

‘Escapology’ - Kode9's first album since 2015's ‘Nothing’ – is the first audio document of a wider project, Astro-Darien, ongoing since last year. His most ambitious work yet as a multi-disciplinary artist, ‘Escapology’ is the soundtrack album to the sonic fiction Astro-Darien, which will be released in October on Hyperdub’s sub-label Flatlines.

‘Escapology’ is just one entry point into of the Astro-Darien universe, which had begun to surface in 2021 as a two-week audiovisual installation on the main dance floor at club space Corsica Studios in South London, and as a multi-channel diffusion on the 50 speaker Acousmonium at the invitation of INA-GRM in Paris, the institution founded in 1951 by the musique concrète pioneer Pierre Schaeffer, composer Pierre Henry and the engineer Jacques Poullin.

The artwork for both Escapology and Astro-Darien was produced by Kode9’s long-time collaborators Lawrence Lek (digital world design), and Optigram (typography and gfx).

Bandcamp Daily  your guide to the world of Bandcamp

Alex Rita and Errol from Touching Bass feature in our special London edition of the Bandcamp Weekly.